Will Japan’s REIT Share-Buyback Trend Run Out of Steam?

Abenomics has triggered share buybacks by J-REITS—a move welcomed by fund managers and shareholders. But what happens after the end of Quantitative Easing and are buybacks a good use of capital?

Japan’s REIT market has been a beneficiary of Abenomics. Besides a significant yield pick-up in an era of Quantitative Easing (QE), which pushed short-term interest rates into the negative, J-REIT equity has gained from Bank of Japan’s (BOJ) asset purchase programme. The BOJ buys 90 billion yen (US$809 million) of REIT units annually as part of its stimulus programme.

These purchases, and the introduction of the Negative Interest Rate Programme (NIRP) had helped boost J-REIT premiums to as high as 60% in 2013. From then through 2016, premiums have stayed between 20% and 30%, and they are currently hovering around 10%, meaning investors pay more than the appraised values of the properties that the J-REITs own. 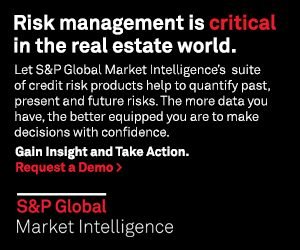 However, a risk remains that the BOJ will join other developed economies in ending its QE programme, the world’s largest relative to GDP, although Governor Haruhiko Kuroda has been elusive on the timing of Japan’s eventual exit from QE.

“The tapering of J-REIT purchases by the BOJ will likely result in some near-term pain and suffering, and would be significantly worse if conducted with a hike in interest rates. Buying support would be taken away simultaneous with an increase in J-REIT’s cost of capital,” says Kanthatham.

While uncertainty remains over the long-term sustainability of Japan’s stimulus programme, the support provided by the government, in particular, the third arrow of Abenomics, which includes corporate governance reforms, has encouraged a series of share buybacks.

Japan’s stewardship code, published in 2014, asks investors to be more vested in working with their investee companies to increase long-term returns. A governance code that took effect in 2015 requires companies to be transparent and responsive to shareholders. The codes have inspired more share buybacks, which helped to boost share prices and shareholder value.

Invesco Office J-REIT was the first to conduct a buyback in 2017, and Ichigo Hotel, Global One, Japan Retail Fund and Japan Logistics Fund followed suit. The buybacks also come at a time when finding attractively valued properties to acquire—assets that generate accretion to DPU (distribution per unit) and NAV (net asset value) accretion—is no longer as easy as it was a few years ago.

A Move Away From Tradition

This wave of buybacks marked a change in how J-REITs utilise excess capital. J-REITs had been more inclined to use the capital to acquire assets to increase portfolio size. Investors have pointed to the number of J-REIT managers who are remunerated based on the size of their portfolios as an example of how investors and REIT managers have a divergence of interest in capital management policies.

This incentive system has meant that J-REITs have tended not to buy back their shares as retaining earnings would help boost the value of their assets under management and thereby REIT manager fee income. J-REITs also generally prefer to hold accumulated depreciation on their balance sheet to cover future capital expenditure requirements. This practice implies that most J-REITs have a ready stockpile of cash potentially to allocate to buybacks.

“Share buybacks as an alternative use of capital is good in principal. A J-REIT that is trading at a meaningful discount to NAV and without the ability to make NAV accretive acquisitions funded by debt, cash or equity should seriously consider share buybacks as a means of generating shareholder return,” says Kanthatham.

“However, while buying back shares may be a short-term positive for shareholders, it may be long-term negative for a J-REIT’s capital position”, warns Kanthantham. “Precious working capital, once taken off the table, may not be so easily recovered via an equity raise at a later time, as conditions and investor sentiment could sour. Share buybacks should only be pursued if the NAV discount is severe, and there is truly no better use of capital.”

Who’s Next In Line?

However, Junnosuke Shinkawa, an analyst at UOB-SM Asset Management, says that investors view REIT investment through a lens of both dividend yield and capital appreciation. “While total return is important, capital appreciation helps active managers deliver outperformance relative to a benchmark. Hence, J-REITs that conduct buybacks are very attractive to fund managers,” he says.

Even so, buybacks are not for every J-REIT. Buybacks are sensible when the REIT trades at a discount to NAV. As Yoji Tatsumi, President, GLP Japan Advisors Inc. says, “buybacks are getting trendy for J-REITs,” adding that about a third of J-REITs are trading below NAV per unit.

Shinkawa adds that, “J-REITs are generally in a good position to conduct buybacks since they have significant dry powder in their accumulated depreciation account. It is especially sensible for J-REITs to buy back shares when they divest assets.”

Here’s a list of J-REITs trading at a discount to NAV: