The Australian REIT market has seen active merger and acquisition (M&A) activities in the last two years. While views are mixed on whether the trend will persist, the consensus is that retail assets have fallen out of favour.

According to Angelo Scasserra, Managing Director, Head of Real Estate at Credit Suisse, many of the M&As in the last year have proven to be well-timed. They were supported by the current low-interest rate cycle and compressed capital rates. “Listed markets can provide attractive hunting grounds for buyers where the value of the target doesn’t reflect prices in the direct market,” says Scasserra. He added that investors could reap material savings in stamp duties through the acquisition of listed shares.

In September, Charter Hall agreed to acquire all of the units in Australian Unity Office that it does not already hold for A$3.04 (US$2.06) cash per unit, which is an 8.9% premium to its Net Tangible Asset value of A$2.79 on June 19. Last year, Canada-based Oxford Properties bought Investa Office Fund for A$3.4 billion. Earlier this year, Warburg Pincus-backed ESR Australia completed its acquisition of PropertyLink Group for about US$500 million. 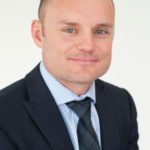 “Each of the above M&A transactions involved taking private a publicly traded A-REIT (Australia-REIT) vehicle utilising unlisted capital, which continues to have a lower cost and greater willingness to use a higher level of debt. As such the premium pricing offered has so far been accepted by the A-REIT target boards/ shareholders.”

While Jan de Vos, a portfolio manager at Resolution Capital, also regards M&A as a constant in the equity markets, Credit Suisse’s Scasserra added that the current market, where REITs are trading at a significant premia to NTA, will make it difficult for M&A between REITs in the short term.

“Currently, REITs are trading at significant premia to net tangible assets driven by the low interest rate environment and strong investor interest. Unless we see a reversal in that trend, it will make it difficult for mergers and acquisitions between REITs to stack up in the near term,” says Scasserra.

However, he expects REITs to continue to raise capital to fund asset purchases. Morrissey’s view is that “wholesale capital is likely to be involved as acquirer, given their lower return hurdles and willingness to take on greater leverage.” He added that “offshore acquirers would have also been assisted by the recent depreciation in the AUD relative to other major currencies.”

According to Resolution Capital, there were at least a dozen raisings by A-REITs totaling over A$4 billion of equity in the three months to June. Among them were GPT and Mirvac, which bought back shares at “materially” lower prices earlier in the year, says de Vos.

GPT Group raised A$800 million in an institutional placement to acquire more than 100,000 sqm of prime Sydney office space. Separately, Mirvac raised A$750 million to fund projects in Melbourne and Sydney. “By and large this seems to be smart capital management, highlighting a more agile approach of improving Return on Equity (RoE) and not simply growing the asset base,” he says.

As A-REITs look to raise capital and expand, their potential targets are non-retail exposed portfolios and those that are trading at or around to NTA, says Morrissey. “Even modest premiums may be candidates if acquirers are prepared to take a strong view on further valuation growth or the potential to unlock value within portfolios considered undermanaged or under-invested,” he says.

De Vos also noted that almost all the capital raisings in the recent months were to fund non-retail property acquisitions and developments. “There is one sector largely absent from raising equity, namely the shopping centre retail REITs. Retail A-REITs that are exposed to larger shopping centres are trading below Net Asset Value (NAV), similar to most other developed markets’ REITs, and therefore don’t have the cost of capital to expand,” he says.

He observed that both Scentre Group and Vicinity have been selling assets with share buyback programmes in place. “The A-REIT sector which has always had a strong retail focus is slowly decreasing its overall retail allocation. Whilst retail REITs are ‘on sale’ in the listed market we don’t expect a lot of take-privates near term, as private equity and both on and offshore institutions seem to be more interested in increasing their non-retail property exposure,” he says.